You may have seen Louis on his recent documentary series on BBC Titled Dark States – Heroin Town, the documentary will see Theroux visit a town in West Virginia that has a “fatal overdose rate 13 times the national average.” It was aired on BBC Two on 8 October.

Louis in his new Raybans

Contrary to reports, the three documentaries – the other two of which are titled Murder in Milwaukee and Sex Trafficking Houston – do not explore the rise of Donald Trump. 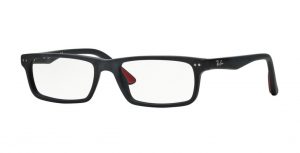 Rayban 5227 in sandblast matt black. Buy from our online store.

Louis was wearing RayBan model 5277, one of our most popular frames ! Come in and try them on ! Or buy them online from us by clicking here

1. Owned and Run by Registered Optometrists.
2. Partnered and audited by the NHS.
3. Regulated and a member of the General Optical Council.
4. Satisfaction Promise : if your not happy within 90 days after purchase, we will change it.
5. We run and support the Redgate Foundation Charity